Connecting to WiFi in Android 10

Android 10 was recently released and it introduces a bunch of changes in terms of Privacy. This means that access to /proc/net from the Linux sub-system has been restricted, which requires you to use NetworkStatsManager and ConnectivityManager to get VPN information.

It adds restrictions to who is allowed to enable/disable WiFi. We could previously use WifiManager.SetWifiEnabled(), but not anymore, this method will return false. You will need to show one of the new Settings Panels, which shows a slice of the Android Settings within your App.

What this post will focus on is the restrictions to access to configured networks and connecting to networks. A bunch of the network API has changed, so let us look a bit into what we have available now.

Something new to Android 10 is suggesting networks to connect to. These are just hints to the platform that the networks you provide it, can be connected to and it might decide to chose one of them. When any of these networks are detected nearby, Android will show a notification to the user the first time, which is how they allow connecting to a suggested network.

This could be useful for an Enterprise App, which can allow Access to networks depending on the logged in user or suggest a separate network for guests.

Note: Some of the options on a WifiNetworkSuggestion requires you to request Fine Location permission in order to work. Make sure to consult the Android documentation to be sure. 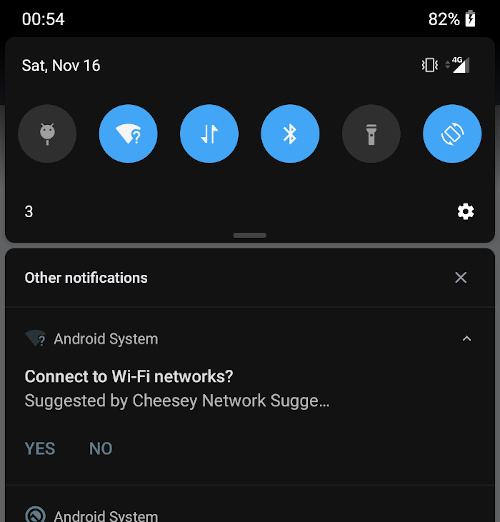 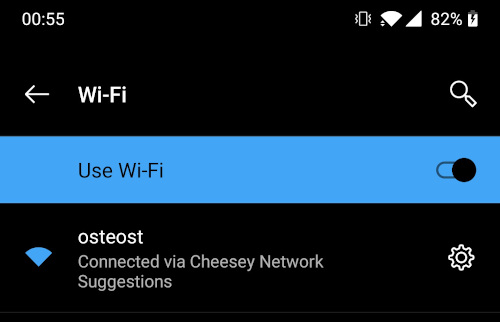 Prior to Android 10, we could explicitly tell Android to connect to a specific Network and it would simply do it. This was done using WifiManager.AddNetwork() where you provided a WifiConfiguration. Now this API has been deprecated and replaced with ConnectivityManager.RequestNetwork, where you build a Network Request with a Wifi Specification, similar to the suggestions I showed you above. However, it also allows you to specify, whether the connection requires Internet, cannot be VPN, has to be WiFi and more.

You will also need to provide a ConnectivityManager.NetworkCallback, which will let you know whether connection to the network was successful or not. The idea here is that you are awaiting the requested network to connect and only when that is successful you can continue with your execution.

This is excellent for scenarios, where you need to be on a specific network to do some specific operations. One thing to note is that you will only be able to connect to this network while the App is open. As soon as the App is closed, it disconnects the network.

Let us look at some code.

Here is an example of wanting to connect to the network with SSID “cyberdyne” and passphrase “ill be back”. The transport type specifies what kind of network you want to connect to. In this case it is a WiFi network. We do not require any Internet capability on the network. Per default it requests Internet, Not VPN and Trusted capabilities.

You can also use OnUnavailable to detect that we could not connect to the network in particular, or the user pressed cancel. 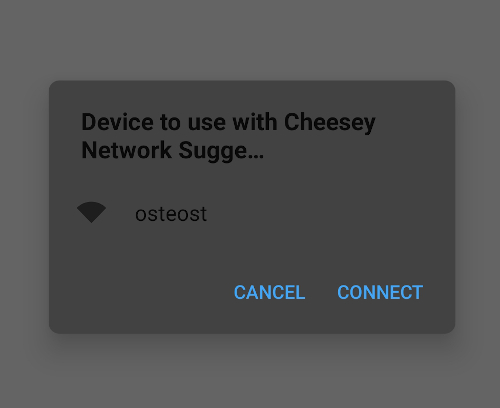 If you connect once to a network request, any subsequent requests will automatically connect if you are in range of the network and the user will not have accept it again. Also, while the App is open and you want to disconnect from the requested network, you simply call ConnectivityManager.UnregisterNetworkCallback() on the callback.

This hopefully gives you an idea about how to connect to WiFi Networks with Android 10.

You can check out the code from my Android 10 WiFi Repository on GitHub and have a go at playing with it yourself.