Android 10 messed up royally with removing the API to add networks and connect to it on a users device. The API was removed and as an alternative they gave us:

The last alternative, but technically not a part of the API for connecting to WiFi, would be to show a settings panel, where the user could manually enter credentials for a WiFi network in the list.

Note: this code will throw a ActivityNotFoundException if run on older Android versions. Make sure to add some version checking.

I guess the folks at Google got a bit backlash or they somehow changed their mind. However, they’ve now added an Intent you can fire to add a Network on the device.

Note: AddWifiSettingsRequestCode is just an Integer you define.

Then in OnActivityResult you can figure out whether any network in the list you provided was added with:

GetResultFromCode, simply parses the integers returned and turns them into a Result: 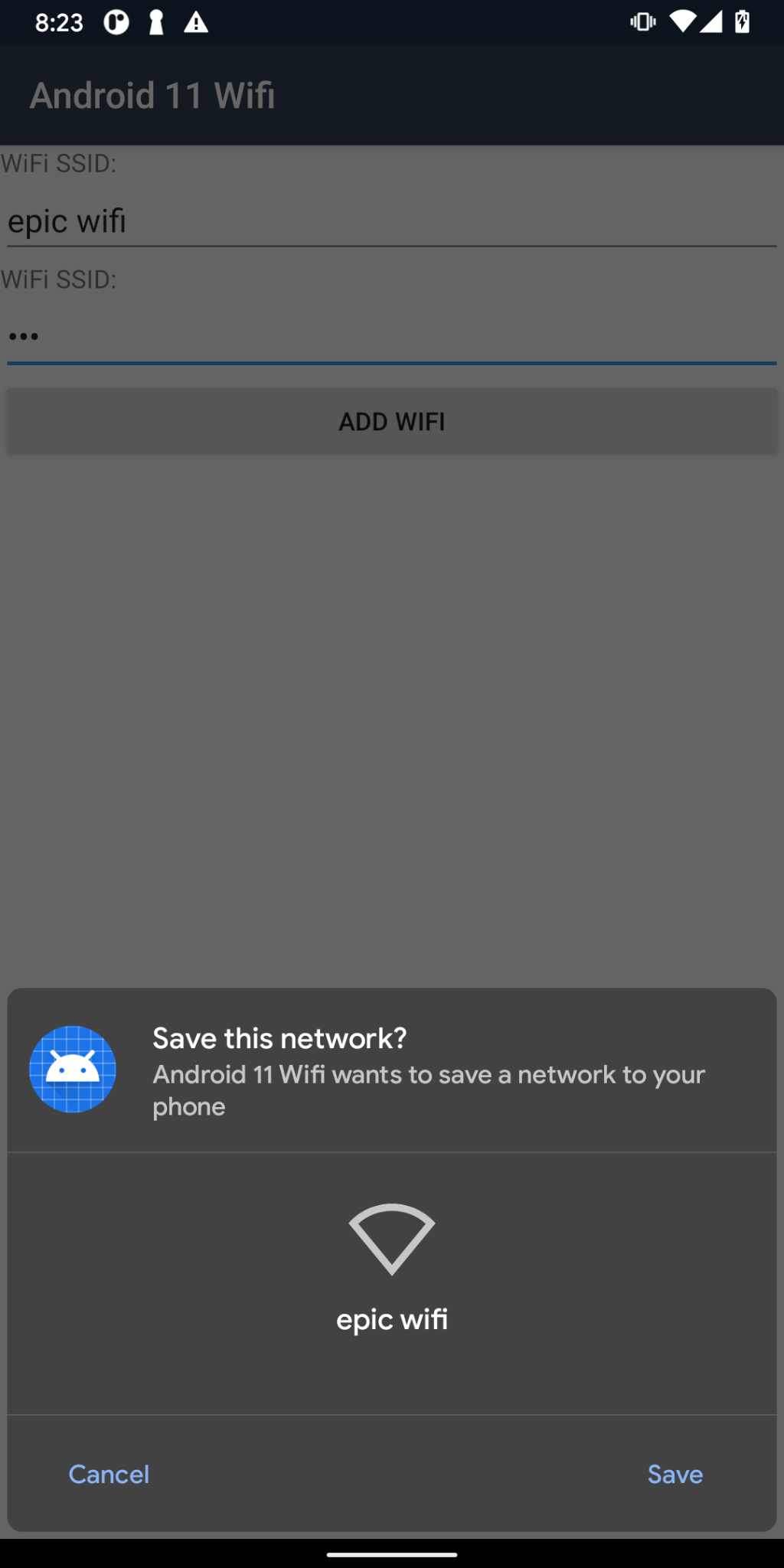 Note: This code works and runs fine on a Google Pixel 3a XL running latest Android 11. However, on my OnePlus 8 running OP8_O2_BETA_3 opening the intent fails, because of OnePlus’s Settings App does not implement the AppCompat theme, crashing. I’ve reported this issue to OnePlus but never heard back from them.

You can check out the code from my Android 11 WiFi Repository on GitHub and have a go testing it yourself.